On our first night in Taipei, we visited the well-reviewed bar, Jap Jap Bikini, for some Taiwan Craft Beer.

Located very conveniently near Taipei Main Station (less than a 5min walk), the shop had such a fun outlook to it. When we entered, we saw their extensive collection of beers. 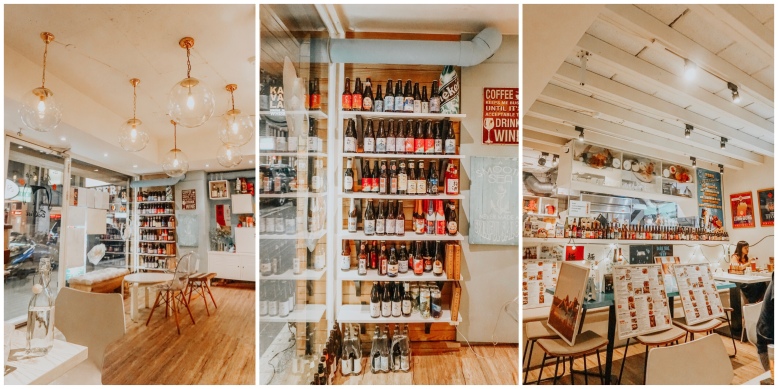 You will seriously be spoiled for choice here. We started off our night with a flight and were told to start from right to left – Long Dong Lager, Oolong Tea Ale, Wintermelon Tea Ale & the first IPA in Taiwan. All of us voted that the wintermelon one was the best as it had a very interesting sweet note to it. 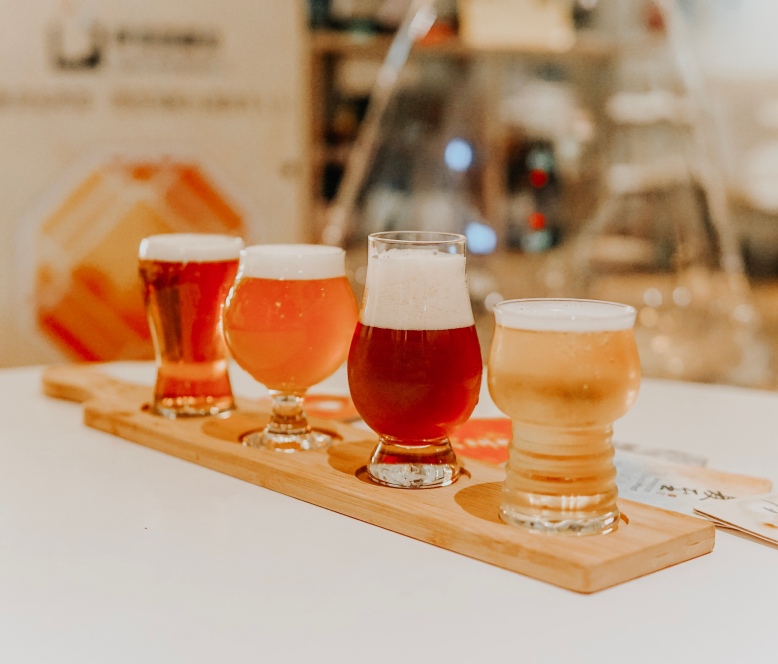 If you are unsure of what to get, you can ask for recommendations based on what you like. For example, I prefer sweet & sour so I was recommended the Taiwan Plum Ale (left) which I really liked! If you like sweet beers, you should try the Taiwan Orange, Mango & Guava one as it is also a new flavour in stores. Heavy drinkers, you would like their Taiwan Jasmine IPA (right) beer which definitely had a stronger taste than the rest. 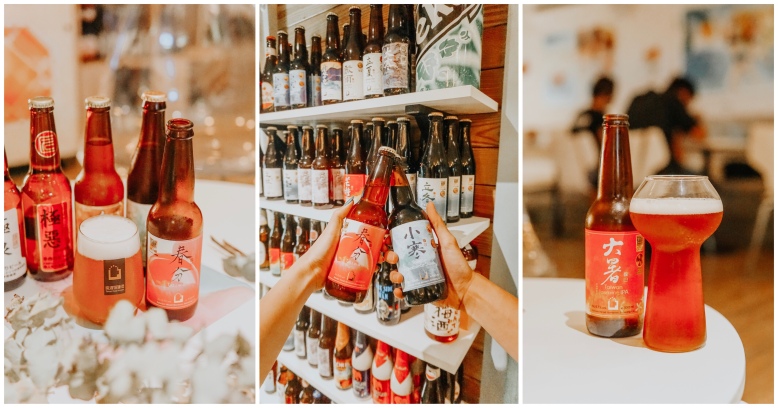 There were actually more beers that we didn’t try but sounded so interesting! There was even one with chocolate!

While having your beers, you can give their mains a try too.

The Popcorn Chicken (NT$290/S$13) is a very good snack to have with beer! The piping hot pieces were fried well and easy to eat. 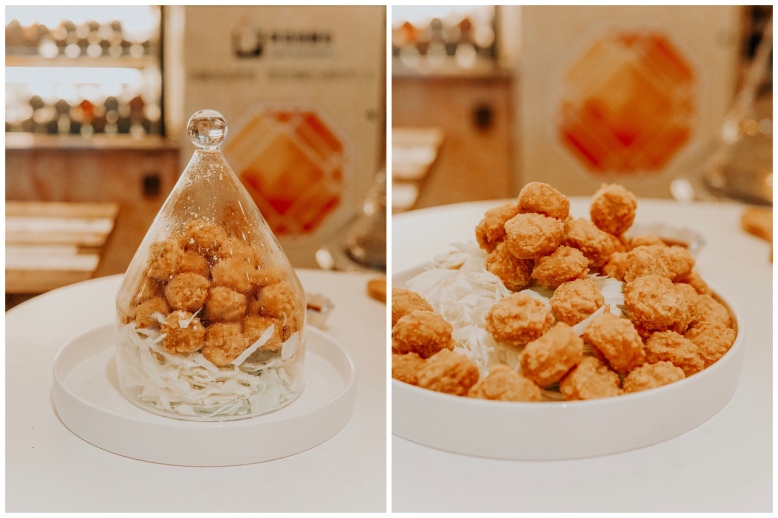 For something more filling, you can have your beers with their Jap Jap Mix & Match (NT$890/ S$40.50). This huge platter consists of half a rack of Barbecue Ribs, Dutch Squid Ink Sausages, Jap Jap Fried Chicken and Potato Wedges, and you can share this amongst 2-4 people.

I gotta say, the squid ink sausages were really interesting as they had an aftertaste to it. The ribs were very tender and soft, and it was marinated really well. Their signature chicken’s batter was so unique too, and it wasn’t too salty.

The pastas here were pretty alright. We tried the Mexican Tomato Chicken Pasta (NT$228/ S$10.40) which was actually quite spicy!

Overall, I think this is a great place to have a drink or two (or more) with your friends as the choices here are never ending!