There are 2 islands in Ocean Park Hong Kong – The Waterfront and The Summit. I’m just going to get straight to the point and talk about the attractions and rides worth visiting if you’re going to Ocean Park!

All the thrilling rides are located at The Summit, and there are 5 different sections to this island – Thrill Mountain, Adventure Land, Marine World, Polar Adventure, and Rainforest. 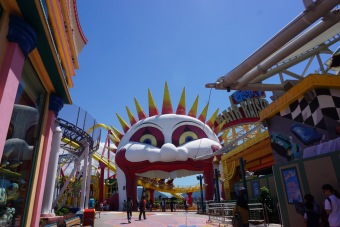 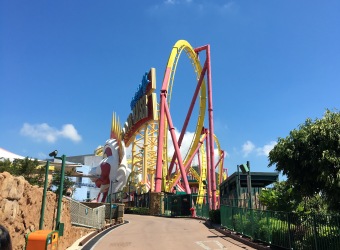 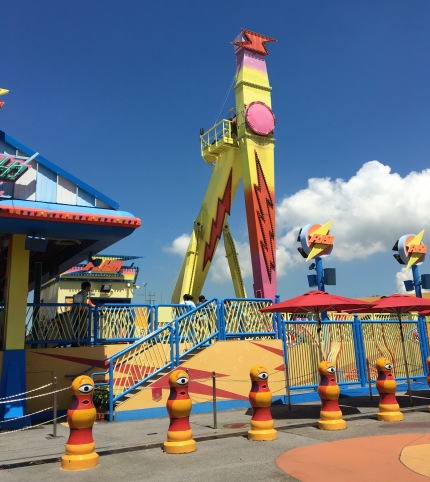 We went straight to Thrill Mountain first because we saw a roller coaster from the cable car and Eugene wanted to take it.

The rides you have to take when you’re at Thrill Mountain are the Hair Raiser (the roller coaster) and The Flash (this ride that swings you 360°). We skipped the rest as they were child-friendly, hence the queues were insanely long (and also because they were quite kiddish). As we went straight to Hair Raiser, we literally didn’t have to queue at all. For The Flash, we only had to wait for one round to be over and it was already our turn. 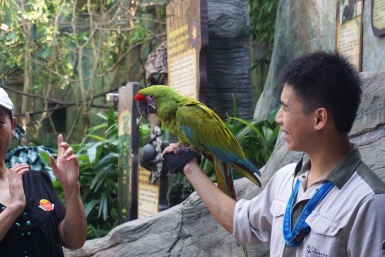 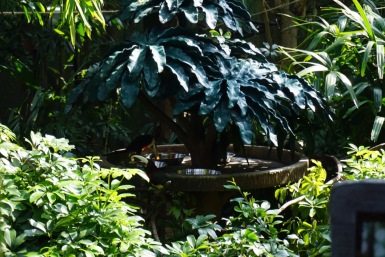 Right next to Thrill Mountain is Rainforest but we were so disappointed because the only water ride there, The Rapid, was closed. However, there is a mini ‘zoo’ there called the Expedition Trail that you can view. There are animals like snakes and monkeys, quite similar to Singapore’s Zoo. 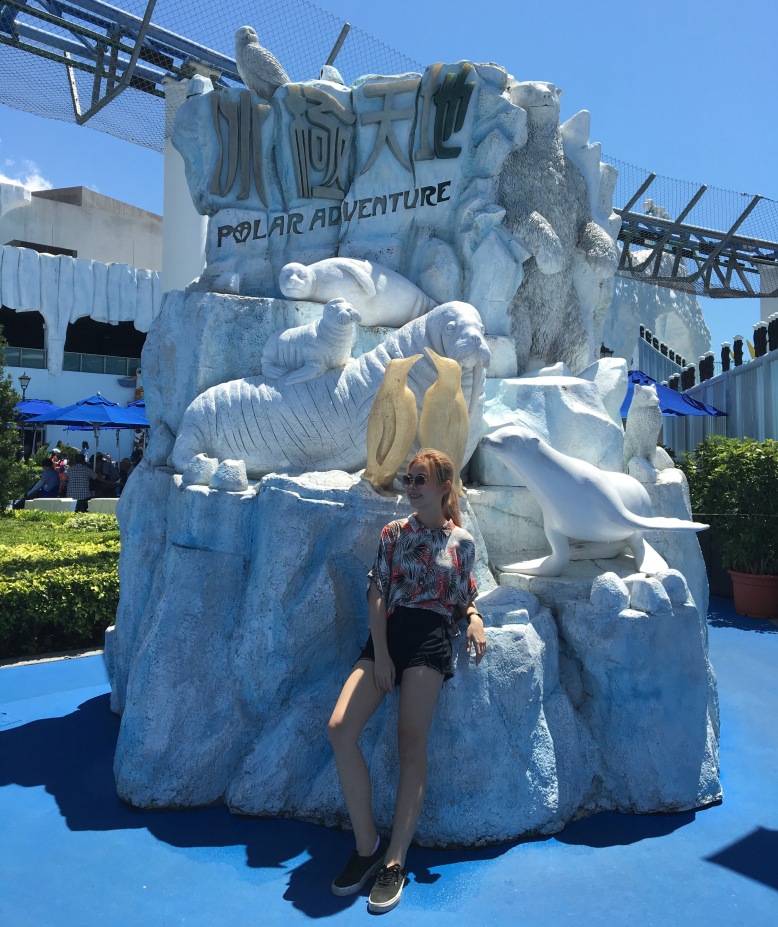 There is only one mini roller coaster ride there called the Arctic Blast and it’s also a child-friendly ride. The queue was constantly long (we went back there twice to check it out) so we didn’t want to waste our time there. 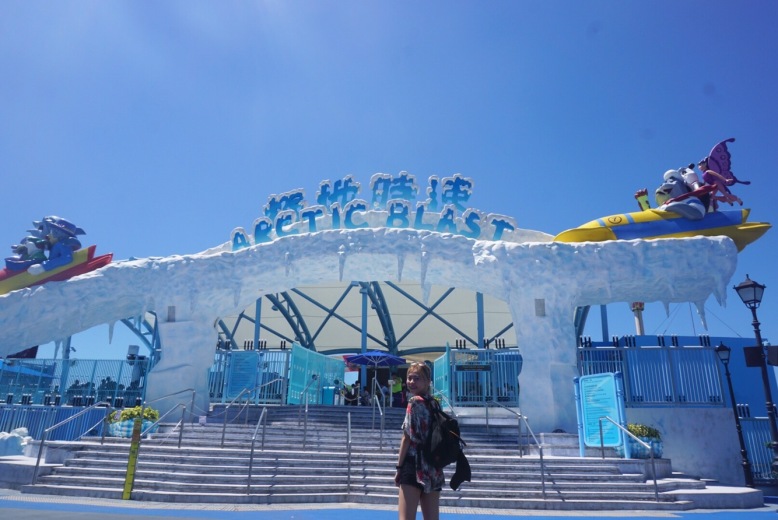 However, you have to check the following out. 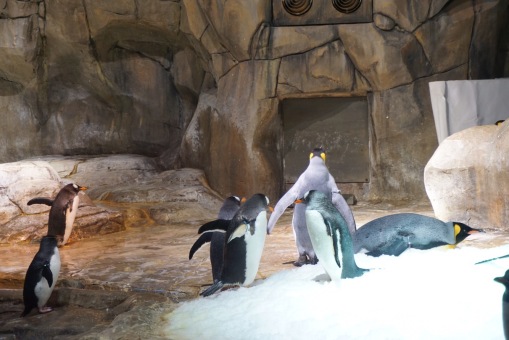 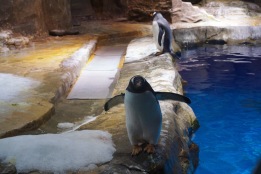 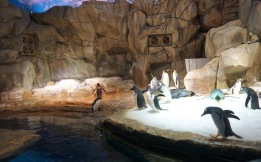 When we went to the South Pole Spectacular, we were just in time for the Penguin’s feeding session and they were just so adorable. The whole place smells like fish, but it’s worth it. 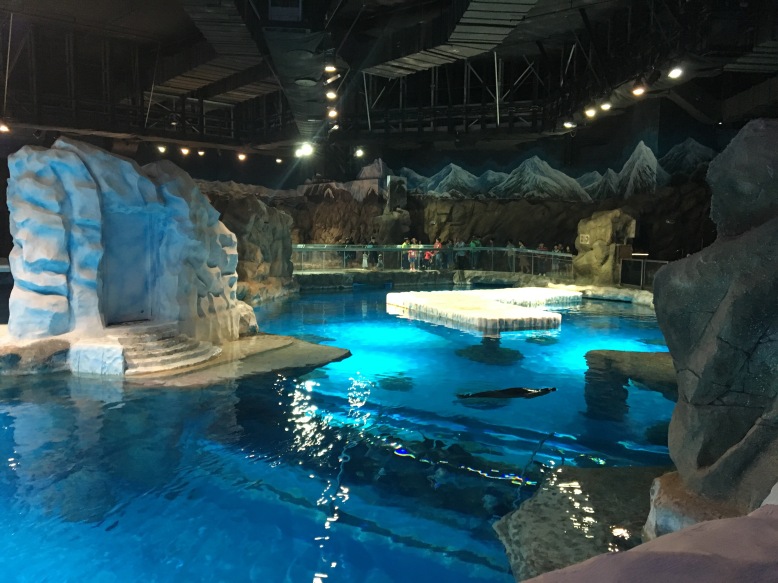 Next to this is the North Pole Encounter and inside are the cutest walruses and they were all just chilling. 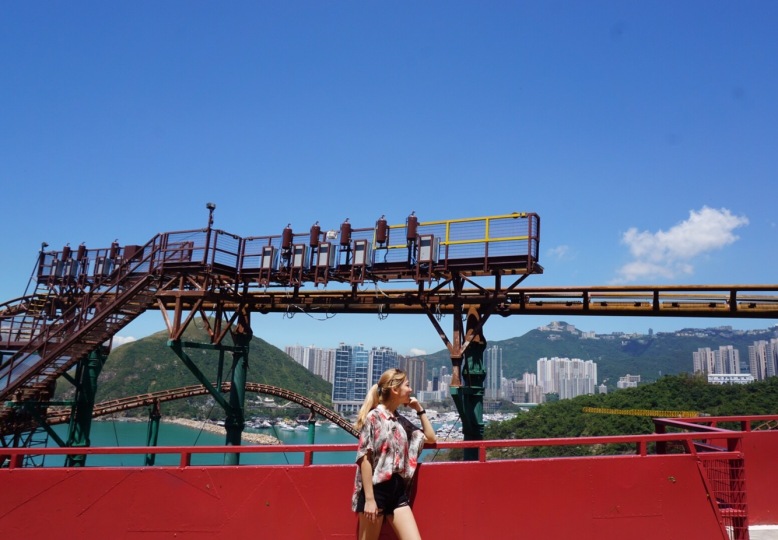 This section is in the most isolated part of the island and it’s quite a distance away from the rest. However, this also meant that the queues were short and almost non-existent.

There are only 2 rides and unfortunately, one of them, the Raging River, was closed for renovations. This meant that we walked a really long distance just to take one ride which was the Mine Train. This ride looked harmless as there was only a seatbelt to secure us down, but this was actually a pretty wild ride and because there was no harness, my neck suffered a whiplash which hurt for the next 2 days. Even though it was fun, be really careful at this ride. 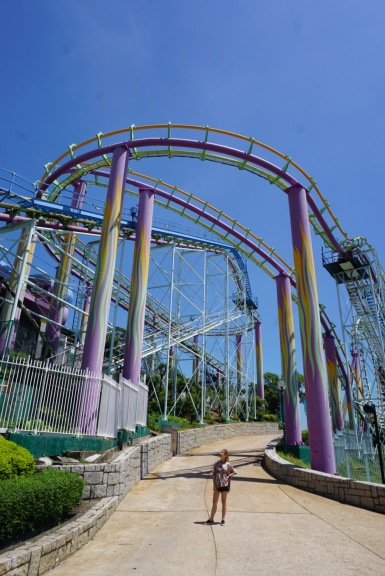 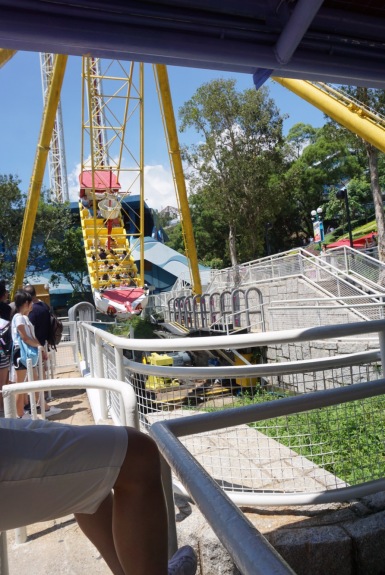 The biggest section in The Summit, this place had to be one of our favourites.

We took a ride called The Eagle and this ride can be skipped if you don’t want to keep going in circles. Nearby is the Crazy Galleon, more known as the ‘swinging pirate ship’ and this is definitely worth the try. My favourite ride here was The Dragon and it’s another roller coaster, and again, we didn’t have to queue over 5 minutes despite going during the afternoon.

We skipped a few rides here, namely the Flying Swing and Ferris Wheel. Both were more for kids as they were very small.

As I have always been afraid of drops from a high level, The Abyss was literally my worst fear, so I didn’t ride it. However, if you aren’t afraid, this will be one of the most thrilling rides here. I got a glimpse of it from where we were sitting at the Ocean Theatre.

When you’re at Marine World, you have to watch the show at Ocean Theatre. It showcases a seal first, followed by dolphins doing a few stunts. It was a really meaningful show as the story behind it was to teach the audience to protect the ocean by not littering. 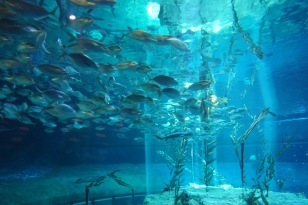 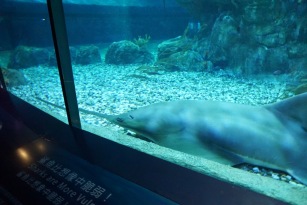 There are also sea life in the Shark Mystique and the vibes of this attraction were quite gloomy. There are many types of sharks, stingrays and fishes all in the same tank.

This part of the island mainly contains attractions which we viewed at the very end, just before we left. 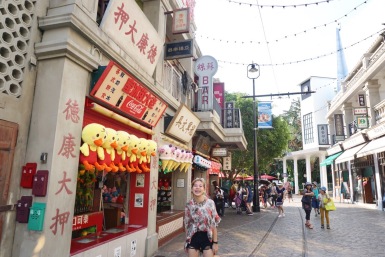 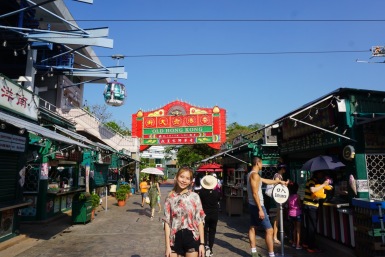 This place is the first place you’ll be at when you enter Ocean Park. It is also where the cable car to The Summit is. There was nothing that was very interesting here except a short fountain show, so we just walked pass it. However, the Old Hong Kong area is a pretty photogenic place. 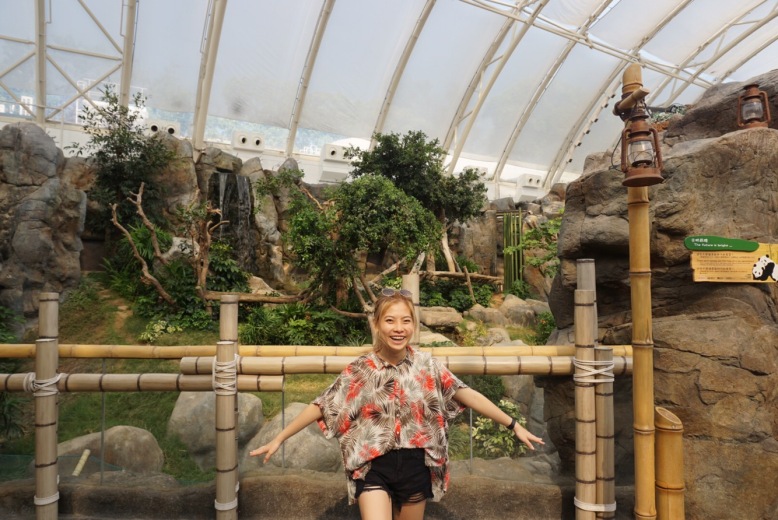 There are 2 main attractions you have to go to when you’re here – The Giant Panda Adventure and Goldfish Treasures. 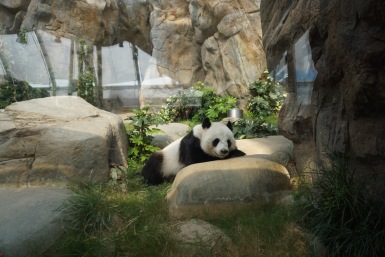 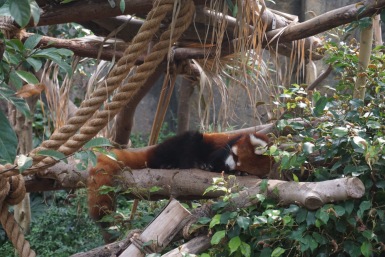 The layout of the Giant Panda Adventure is almost the same as the one in Singapore’s River Safari. Its inhabitants are the Red Panda and 2 Pandas. 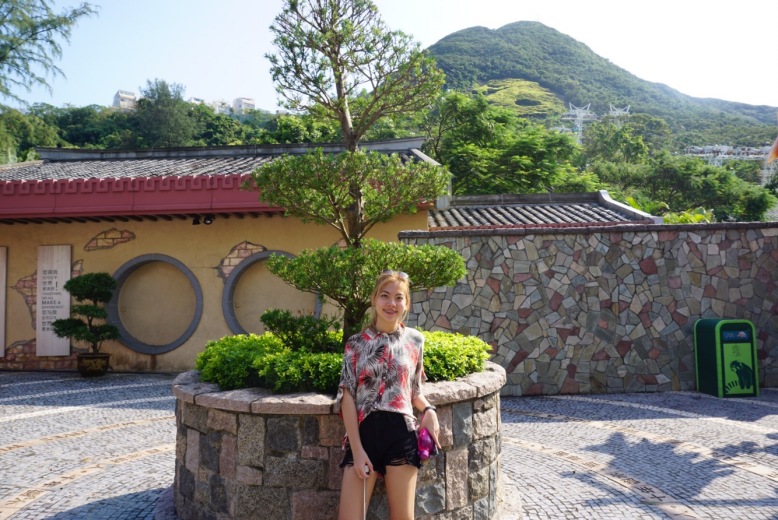 Goldfish Treasures had the widest variety of goldfishes I’ve ever seen. One thing about the people here was that they kept using flashes despite the warnings, and there were kids knocking on the glasses.

We didn’t visit this area at all as it was a kids zone. However, there are many child-friendly rides in this area which is great if you’re coming with your children.

Address: Ocean Park, Aberdeen, Hong Kong
Website: https://www.oceanpark.com.hk/en
Opening Hours: 10.00am – 7.00pm
How to get there?
Ocean Park is located right outside Ocean Park MTR, on the South Island Line (the light green line) which is very convenient.